Chick-fil-A is giving away tons of free food on July 11 for its annual “Cow Appreciation Day.”

The Chick-fil-A will offer a free entrée–

Which includes chicken sandwiches, chicken nuggets, and more — to anyone dressed in “cow attire,” which can include a full costume or simply a cow-themed accessory like a handbag.

The promotion applies to breakfast, lunch, and dinner items for adults from the time that Chick-fil-A’s restaurants open to 7 p.m.

Children in cow-inspired attire will be given a free kid’s meal.

The event is Chick-fil-A’s biggest promotion of the year. 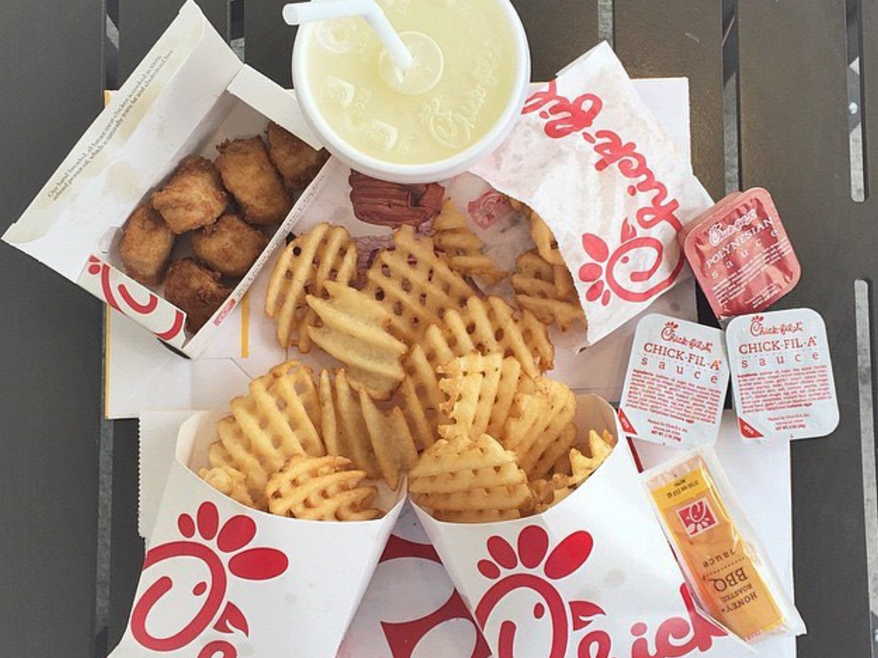 The chain gave away nearly 1.6 million free entrée to cow-dressed customers last year, according to the company.

This is the 13th year in a row that Chick-fil-A has run the promotion.

It was previously held on Fridays, but demand was so overwhelming that the company decided to move it to a less busy day, and now holds the event annually on Tuesdays.

Customers can find out more about “Cow Appreciation Day” on the company’s website.

What is Cow Appreciation Day?

Which Entrées can be redeemed?

Can I still redeem the free entrée if I just wear a cow accessory?
A. Customers who arrive wearing any sort of cow apparel will receive one free entrée.