“I was devastated, of course,” Chyna, 29, whose given name is Angela White, said in an exclusive interview with ABC News. “This is a person that I trusted … I felt comfortable, you know, with even sending these pictures and even talking to him about certain things.”

Chyna is ‘considering all legal options’ against Rob Kardashian, her lawyer says

Kardashian, 30, posted explicit video and images of Chyna last week and accused her of cheating on him, being promiscuous and using him for his money in a series of since-removed posts on Instagram.

Kardashian also posted on Twitter about Chyna after his Instagram was shut down, writing, “Since Instagram shut me down everyone peep my twitter lol.” In a series of July 5 tweets, Kardashian also wrote, “I truly thought Chyna wanted to be a family and that’s why I was so loyal to her but I learned my lesson and everyone else was right.”

Chyna said her initial reaction to seeing the photos was, “How could somebody do this to me?”

Chyna also denied reports that she “liked” some of the photos posted by Kardashian, saying, “I actually have Robert Kardashian blocked from my Instagram.”

Chyna’s lawyer, Lisa Bloom, told ABC News that Chyna is filing for a restraining order in court today against Kardashian.

Chyna said she decided to take legal action against Kardashian as a matter of “respect.”

Chyna told ABC News that she and Kardashian have been separated since December. The two reality-TV stars, who starred in “Rob & Chyna” on E!, were first linked in early-2016, and that April, they announced their engagement. They share a daughter, Dream, who was born in November.

Chyna was once close friends with one of Kardashian’s older sisters, Kim Kardashian West. She also once dated and has a son with rapper Tyga, who left Chyna to date Kardashian’s younger half-sister, Kylie Jenner.

Chyna said it was “very hurtful” that none of the Kardashians have reached out to her since the photos were leaked last week. A representative for Kardashian’s mother, Kris Jenner, did not reply to ABC News’ request for comment.

When asked what her response was to her ex-fiance’s comments that she used the Kardashian family for fame, Chyna responded, “I was already Blac Chyna before the Kardashians.”

Chyna also defended her often posting scantily clad photos of herself on her own social media platforms, saying “I am Angela White, I’m Blac Chyna. I can do whatever I want. it’s my body.” 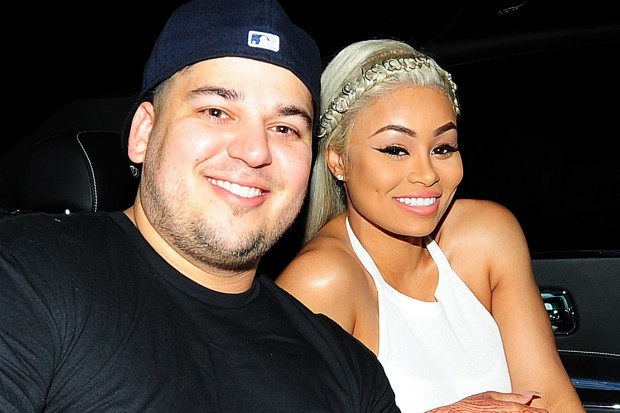 Bloom told ABC News that “any explicit photos that she may have chosen to post in the past, that’s her choice.”

“I’m not asking victims to change their behavior. I’m asking perpetrators not to commit crimes. It is a crime to post pictures like this,” Bloom said. “And if you do it, I hope that the full impact of the law rains down on you.”

She continued, “You can go to the police on your own for free without a lawyer, and ask them to help you. And the more we women stand up for our rights, the more progress we’re gonna make.”

One video posted on Kardashian’s Instagram showed Chyna with another man. Chyna explained she sent the video to Kardashian after they broke up in hopes Kardashian would “just leave me alone.”

Though she said she once loved Kardashian, Chyna said there is “not at all” a chance the two will reunite romantically.

Chyna said she hopes to use her story to inspire others going through similar situations to speak up for themselves, adding, “It’s just not right, it’s not fair, and I feel like women should take up for themselves.”

“I would like to just say something to … all the women out there. You know, you’re not the only one that’s probably going through something,” Chyna said. “So I feel as though if one person speaks up, maybe it, hopefully, it will be a domino effect.”

Chyna told ABC News she plans to keep joint custody with Kardashian of their young daughter.

A representative for Rob Kardashian did not immediately respond to ABC News’ request for comment.