Chicago’s North Coast Music Festival 2015 is right around the corner!

The festival, which is held at Union Park on September 4th-September 6th, is featuring artists such as Atmosphere, Chromeo, Knife Party, Steve Aoki, The Roots and so much more.

The official after parties have been announced and if you’re looking to have some more fun after the festival with your favorite artists, you know where to find them!

Tickets to the festival are still available. Get them here.

The teaser video for 2015 has us so excited. Chicago during the summer time is the place to be! 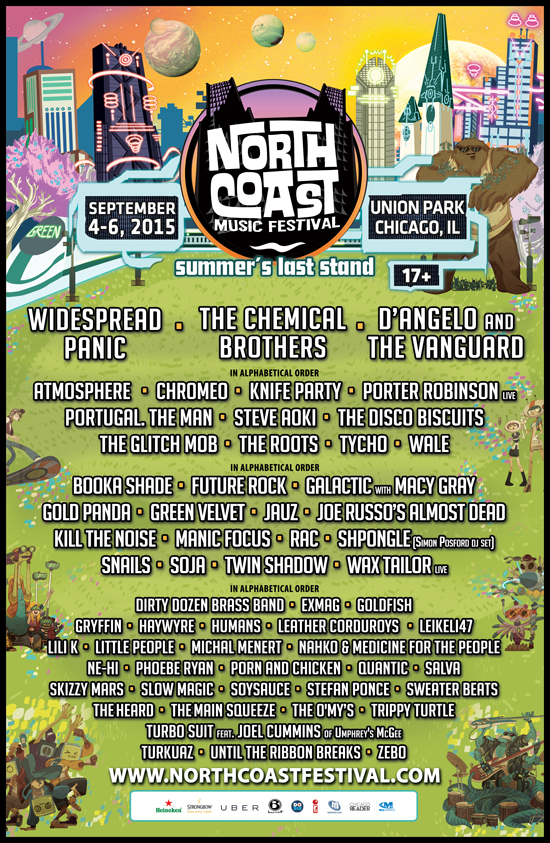