After making waves amongst the dance music community with its massive Phase 1 lineup that featured some of the world’s largest DJs accompanied by six Branded Stage showcases, Spring Awakening Music Festival (SAMF) welcomes additional artists for its 2017 edition, taking place June 9 – 11 at the beautiful Addams/Medill Park.

Alongside them, mysterious masked deep house legend MALAA, the face of hardstyle HEADHUNTERZ and OWSLA poster child MIJA, fresh off the release of her first solo original release, “Secrets,” will take to the SAMF stages for unique and powerful sets of their own.

Rounding out the Phase 2 roster will be none other than Australia’s most prolific bass artist WHAT SO NOT, experimental and indie-minded bass icon VANIC, undisputed champion of Melbourne bounce TJR, and the internationally renowned Norwegian wizard ALAN WALKER. Together, the diverse gang of dance music’s most notable contributors are primed to bring their very best to Chicago during another installment of the Midwest’s premier dance music festival. 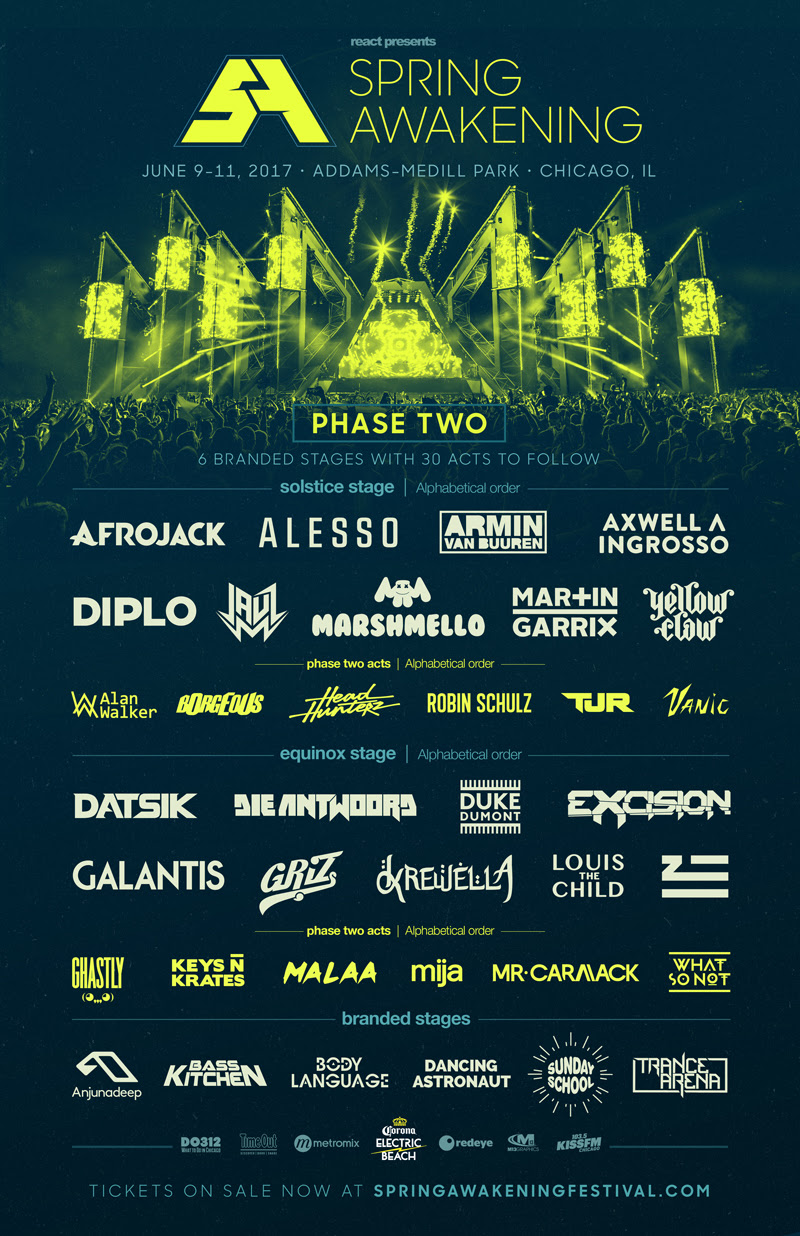 3-Day General Admission and VIP tickets are now on sale at springawakeningfestival.com!