This years headliners are JAMIROQUAI, one of the most celebrated bands in music, pioneers of the “future funk” sound that has inspired the current generation of musicians in countless ways. Returning to the US for the first time in over a decade, North Coast marks one of only a handful of American dates for the British pop-funk band. 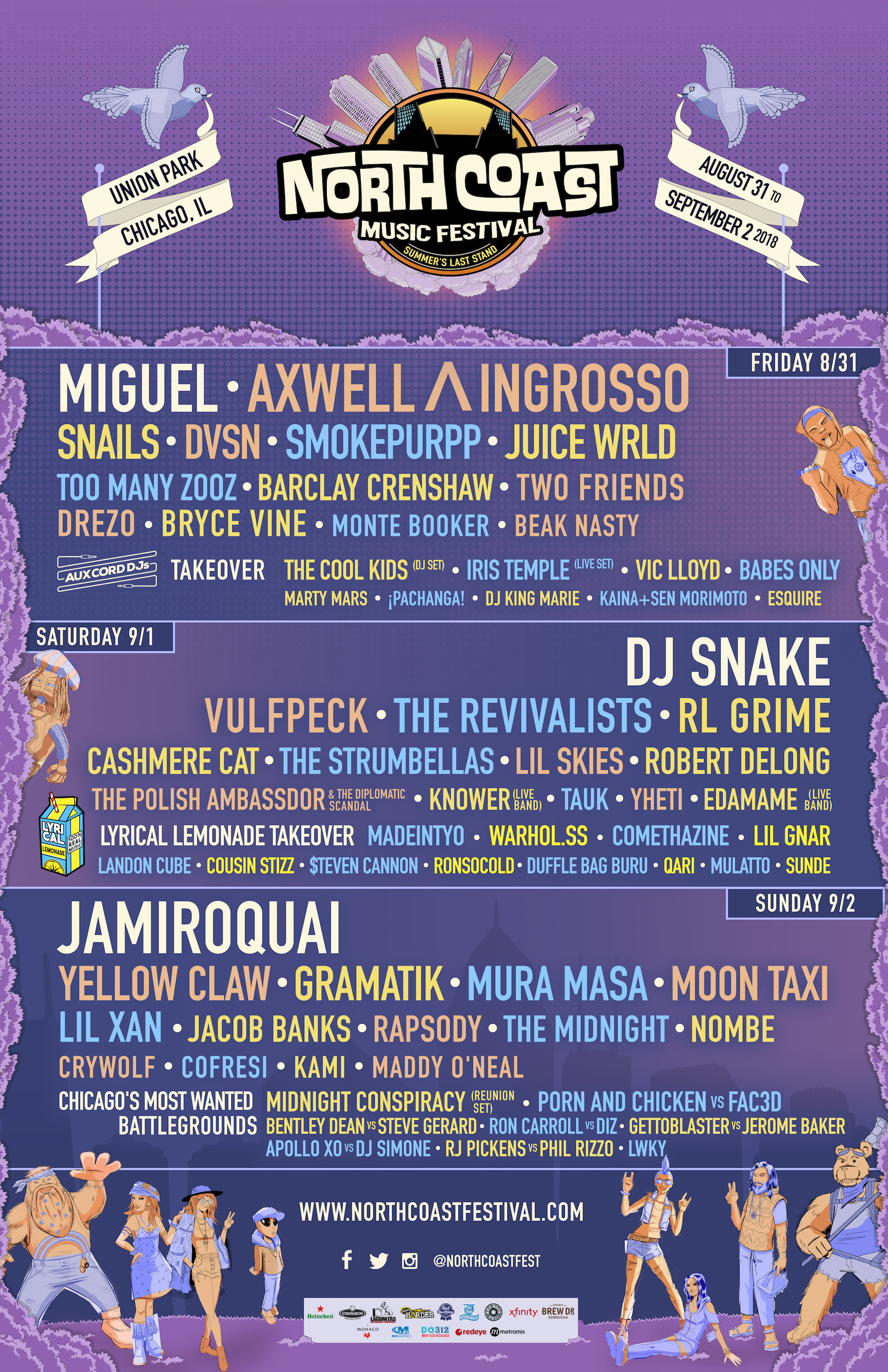 This year North Coast will debut all-new daily showcases curated by industry collectives, showing off the best sounds in hip-hop, house, and beyond. Friday’s takeover comes from the venerable AUX CORD DJs, who are bringing the likes of THE COOL KIDS (DJ Set), JOE FRESHGOODS, IRIS TEMPLE (Live Set), and more. Saturday welcomes LYRICAL LEMONADE, who have linked with MADEINTYO, WARHOL.SS, COMETHAZINE, and more to give everyone a proper hip-hop education. Sunday sees a reunion set by MIDNIGHT CONSPIRACY and a whole grip of back-to-back action from CHICAGO’S MOST WANTED, featuring PORN AND CHICKEN vs. 2FAC3D, BENTLEY DEAN vs. STEVE GERARD, RON CARROLL vs. DIZ, and more.