Ariel Winter is known for acting, but the superstar is ready to take her talents to college!

As the Modern Family star continues filming her hit ABC comedy, the actress revealed on social media that Thursday was her first day of classes at University of California, Los Angeles. 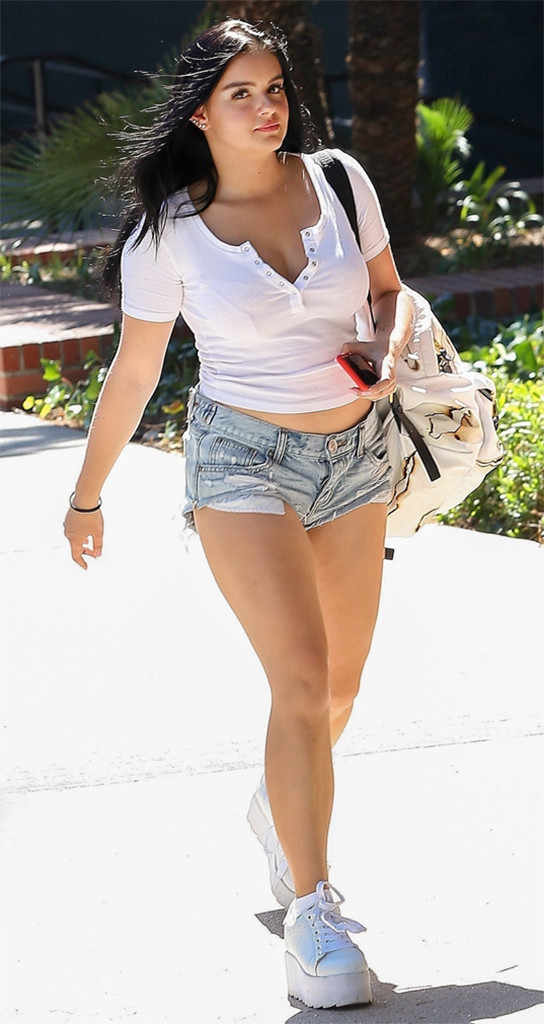 Wearing white platform sneakers, denim shorts and a white scoop-neck T-shirt, Ariel was spotted heading off to the Westwood campus with friends and students.

Back in June of 2016, the 19-year-old graduated from Campbell Hall, a private Episcopal high school in Studio City, Calif.

While she had originally planned to enroll in UCLA classes soon after, the Emmy nominee admitted to E! News that a busy work schedule propelled her to delay her start date for a year.

“Unfortunately this year, due to production schedule, I have to start next year,” she dished to us. “So I will be starting as a [UCLA] Bruin next year.”

As for what she plans to study, Ariel recently told the school’s newspaper that she wants to explore studies outside of acting including political science and law.

“The entertainment industry for actors is never guaranteed,” she explained to the Daily Bruin. “I could be on a show today, and then – once the show ends – never work again. For me, it was very important to have knowledge in a different field.”