Kylie Jenner is reportedly pregnant and we really cannot handle it, so, let the stories begin!

According to TMZ, of course, Miss Jenner is expecting her first child with rapper-boyfriend Travis Scott. The reality TV star-turned-beauty mogul, 20, and the rapper, 25, have yet to make a statement on the rumors.

The entertainment tabloid reports that Jenner started telling her friends earlier this month, and Scott has also started spreading word to his inner circle. She’s apparently 4-months along. One source even tells TMZ that the pair is expecting a baby girl, but that has not yet been verified, along with the pregnancy. 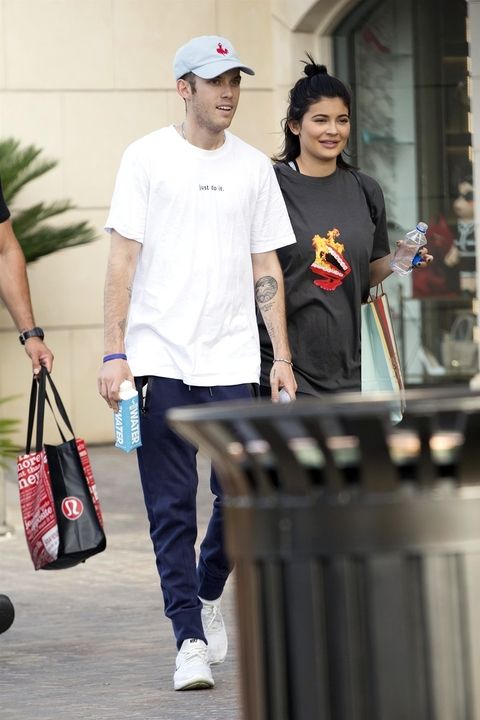 People has confirmed the news, with one source telling the weekly: “They started telling friends a few weeks ago. The family has known for quite some time. She is REALLY excited and so is Travis!” However, her reps did not provide a comment.

Jenner hasn’t publicly spoken out since the news broke, but she recently posted this photo on Snapchat: 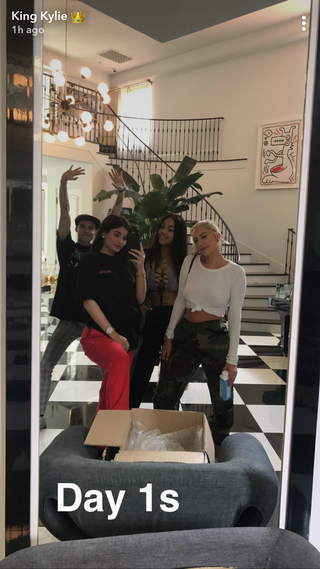 A source who is very close to the family, and probably also just got paid a ton of money, also confirmed the news to Buzzfeed. The site points out that Jenner has recently posted an older photo on Instagram from a previous photoshoot.

She and Scott started dating in April, sparking romance rumors when they were spotted at Coachella together. Since then, they’ve been seen out together on a few outings (including a Houston Rockets game) and got matching tattoos in June.

Previously, Kylie was linked to rapper Tyga for a few years where she avoided getting pregnant at all costs. So, maybe Travis Scott is the real deal? Let’s just wait for Kylie to speak up on this rumor.