Ryan Reynolds is known for his hysterical tweets on parenting, but wife Blake Lively is challenging their authenticity.

The All I See Is You actress revealed that Reynolds’ social media stories about his two daughters, such as burying 2-year-old James in the sand (only to return the following day) or dropping their 10-month-old Ines off at Burning Man, are entirely fabricated.

“He may as well work for the Enquirer,” Lively, Glamour‘s September cover star, told the magazine. “When he says ‘my daughter,’ he’s never, ever talking about her. Everything is a completely made-up scenario.” 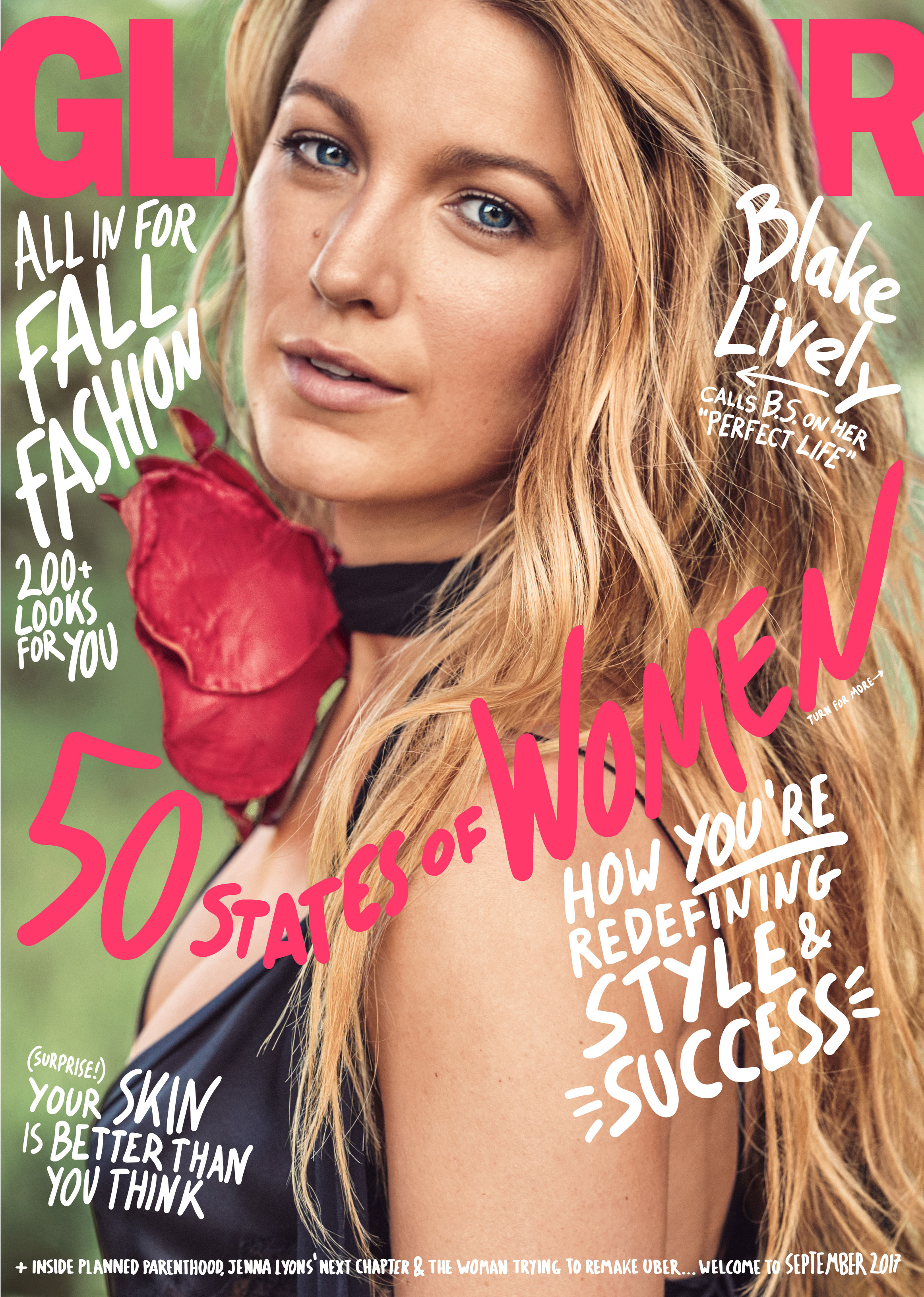 She continued, “He’ll run them by me sometimes just to make me laugh. But oh, I’m so in love with him when he writes that stuff. I mean, I’m in love with him most of the time, but especially with that.”

Yes, Lively said she loves her husband “most of the time,” but that’s only to avoid scrutiny.

“I said, ‘Most of the time,’ because if I say, ‘I’m so in love with him all the time,’ then you get that eye-rolling, ‘Oh, her life is so great, she’s so perfect.’ So it’s, like, my defense mechanism,” the actress explained.

Between her sweet family and status as one of Hollywood’s biggest stars, it’s not uncommon for people to categorize Lively’s life as perfect. However, she calls the notion “nonsense.”

“It simplifies people,” she said. “Not all men, but a subsection of men have a desire to understand and control women. To do that, you have to paint them into this thing you can wrap your head around. But women are complex. It also is [a reminder] that what you see in the media is not real life. The night before an interview, I have complete anxiety: How is this person going to spin me? So when you read, ‘Oh, she’s got a perfect life,’ or ‘Her life is crumbling’ — they pick narratives for everyone. And the narratives stick.”

While Reynolds may be dreaming up funny scenarios about parenting, he is set on raising strong women.

Lively shares that though she’s become more cognizant of language that puts down women in scripts she reads or characters she gets, Reynolds is changing the game for his daughters.

“I’m lucky to have someone who is so conscious. My husband was like, ‘Why do I always say he?’ And I said, ‘That’s what we’re taught.’ So he’ll pick up, like a caterpillar, and instead of saying, ‘What’s his name?’ he’ll say, ‘What’s her name?’ ” Lively said.

She continued, “Or we’ve joked that my daughter is bossy. But my husband said, ‘I don’t ever want to use that word again. You’ve never heard a man called bossy.’ …. There would never be any negative connotation for a man being a boss, so to add a negative connotation on a woman being bossy? It’s belittling. And it doesn’t encourage them to be a boss. So do I know how to be the best parent for a daughter? No, I have no idea. All I can do is share what I’m thinking — and learn from others.”